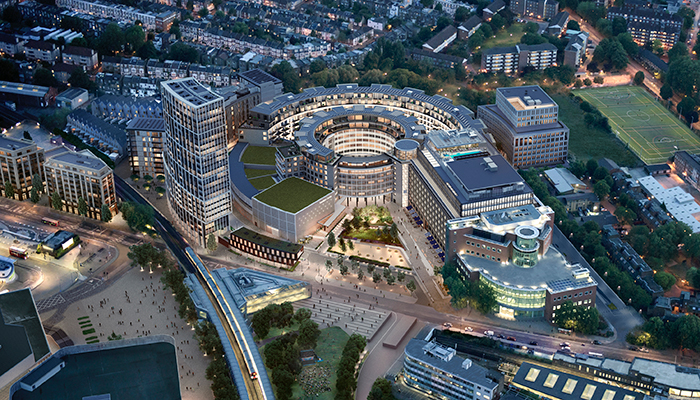 Television Centre in White City, West London was the headquarters of BBC Television between 1960 and 2013. Officially opened on 29 June 1960, it is one of the most readily recognisable facilities of its type, having appeared as the backdrop for many BBC programmes.

Having been chosen by Mace to deliver all of the temporary site services package, Woodlands are proud to be associated with Mace on the redevelopment of such a famous landmark. Which will include, approximately 1000 homes, entertainment & leisure facilities, and offices aimed at the creative sector.

Construction commenced in 2015 and 432 homes will be available in phase 1, due for completion in December 2018.