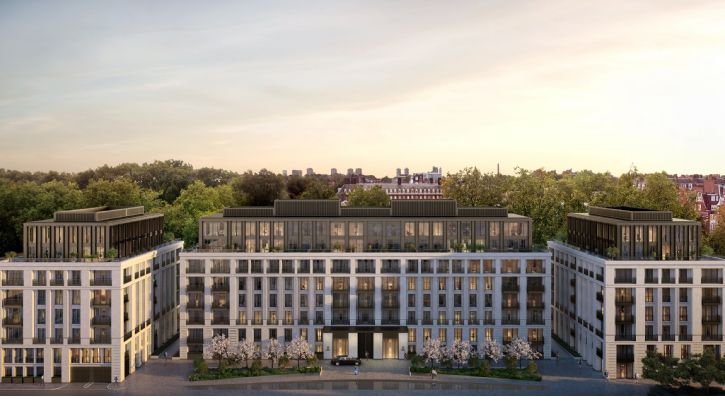 Woodlands are proud to be associated with such an iconic landmark and have been on site with the current client since the beginning of November 2013.

Woodlands worked in partnership with Mace & the client to design the lighting utilising the very latest in LED technology with the Sabre LED 48v for the first three phases of the project.

It is expected that Chelsea Barracks will be delivered in six development phases. Along with the buildings contained within each phase, an area of associated landscape will also be delivered to ensure each phase will integrate with the other phases and the surrounding area.

The completed £3 billion scheme is due to have up to 448 homes, including 123 designated “affordable”, as well as five acres of gardens and open spaces, a public sports centre, shops, restaurant and a children’s playground.